Knock [your block] Off Comic

I made this comic for the upcoming next issue of Regina’s independent Valuable Comics. 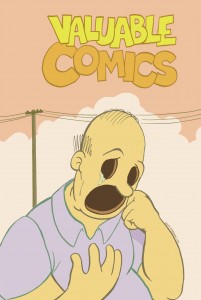 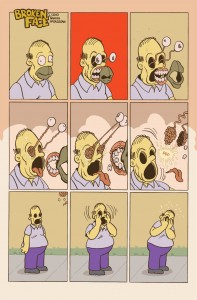 I don’t really know why, but eyes being pulled out of the head (and taking the brain with them) is a recurring image in my sketchbooks and comics. The sad thing is that I only realized this as I was looking through old work last night.

But if anyone asks, it has to do with the perceived vapidity of certain once-great cartoons.

Here’s a sketch from 2007. Maybe it’s because I have terrible eyesight and I don’t want my eyes to rot, thus preventing me from ever drawing again? 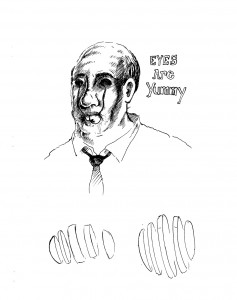 They most certainly are not! 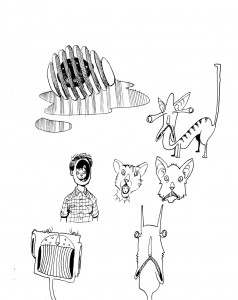